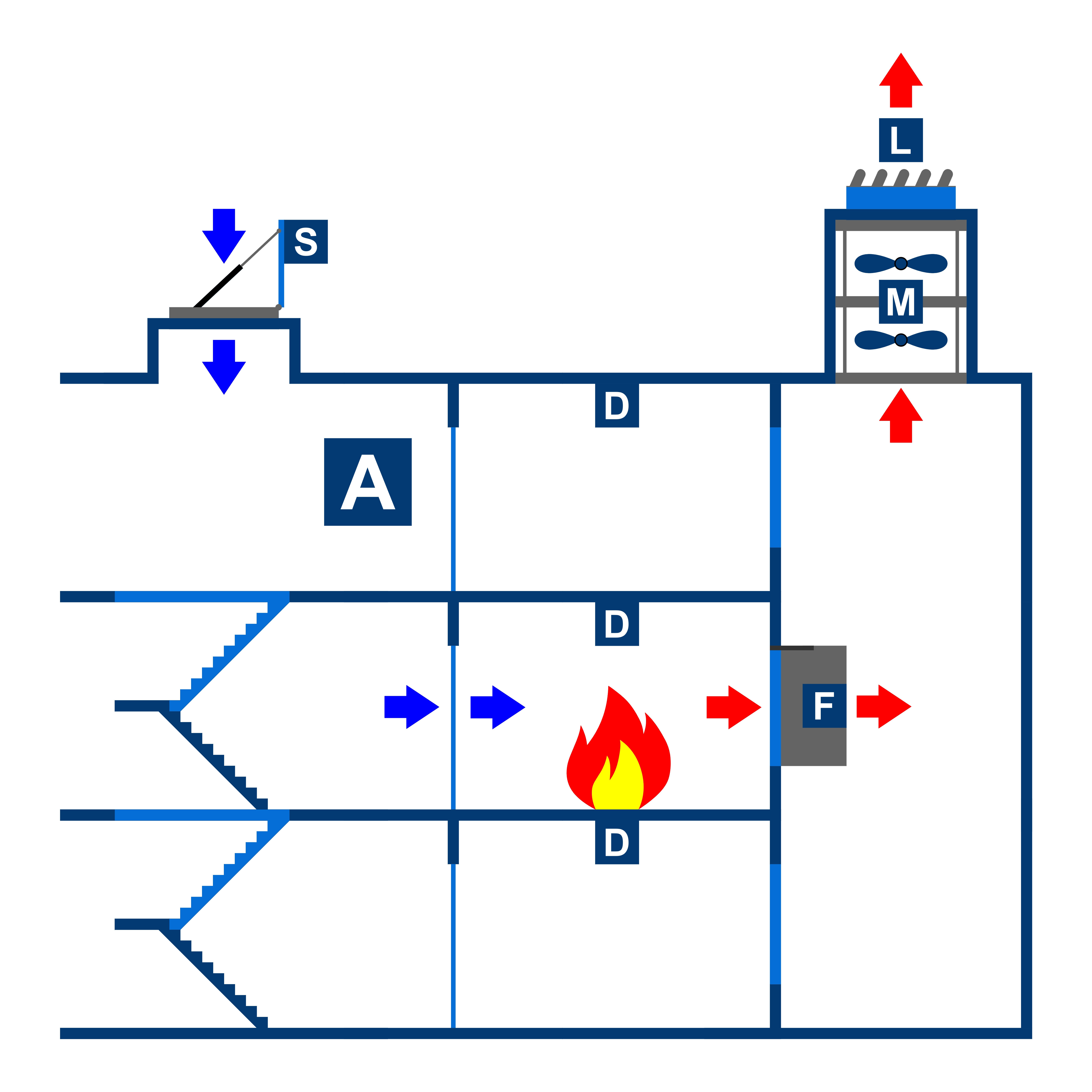 All other lobby vents on all other floors will simultaneously be electronically locked to prevent them from opening and causing the uncontrolled spread of smoke, fumes and combustible gases to other parts of the building.

At the same time, the Control Panel sends a signal to the Run & Standby fan set (M) at the head of the smoke shaft. If the main fan starts correctly, the smoke is drawn out through the shaft and through the roof vent (L).

If the main fan fails to start correctly, the \Control Panel will switch the power to start the secondary, standby fan. The size of the two fans is calculated from the required volumetric flow rate, which is usually between 3-5 m3 per second.

The Stirling ventilator (S) at the head of the stair core is also opened, in order to allow cooler replacement air to be drawn into the building. As escaping occupants leave via the stair/lobby door on the fire floor, the negative pressure in the corridor draws this cooler air from the stair core.

Pressure sensors are included in every system to control the speed of the fans. This ensures that the negative pressure build up in the corridor or lobby does not exceed 25 Pa, otherwise escaping occupants may be unable to overcome the suction in the corridor to open the doors.

Get in touch with our team